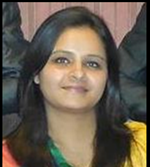 Dr. Cheena R. Singh has done her BDS from MDU, Rohtak (2006-2011) BATCH and her MDS in Oral Medicine & Radiology from Teerthanker Mahaveer University, Batch (2011-2014), Moradabad. She has worked for 6 months as consultant at Govt. Hospital , Sec6, Panchkula under NHM Haryana. Now working as senior lecturer in Oral Medicine & Radiology Department at Post Graduate Institute of Dental Sciences, Rohtak. She has national and international publications. She also has presented posters and papers in several national and international conferences of IAOMR (Indian Academy Of Oral Medicine And Radiology), DRDO (DELHI). She is also a American heart association certified – BLS instructor and ACLS provider.