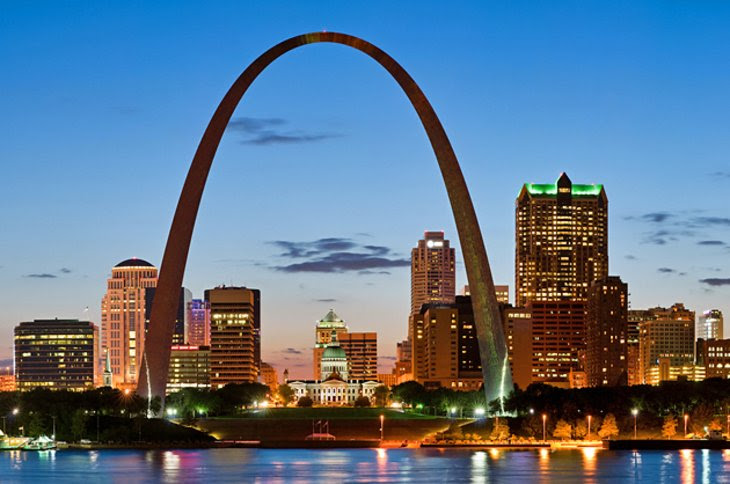 One of the joys of living in Missouri is its location within a major North American flyway. Missouri (see pronunciations) is a U.S. state located in the Midwestern United States. Missouri is the 21st most extensive and the 18th most populous of the 50 United States. Missouri comprises 114 counties and the independent city of St. Louis. Each spring and fall, large flocks of waterfowl pass through the State, on their way between northern breeding grounds and wintering sites within Missouri or to our south.  Among those travelers are snow geese, a species that never fails to stir my soul.  Moving south in autumn, snow geese congregate at staging areas across the Heartland and tend to travel in massive flocks; in spring, they return to their Arctic breeding range in smaller, more widely scattered groups.  As a result, these vocal migrants are more often encountered in spring (generally from late February through mid March) than they are during the fall (usually mid November through mid December).  As we approach the winter solstice, we have yet to enjoy the sight and sound of migrating snow geese this autumn.  Though I have looked for them on and above the farmlands of central Missouri, listened for them in the night and traveled to regional wildlife preserves in an effort to find them, this is the first autumn since we moved to Columbia (in 1997) that my vigil has failed.  The snows have likely traveled east and west of central Missouri this fall; perhaps some passed through during my time in Colorado.  Whatever the reason for our lack of success, a snowless autumn was certainly a disappointment; then again, late February is but two months away! Missouri's geography is highly varied. The northern part of the state lies in dissected till plains, while the southern part lies in the Ozark Mountains (a dissected plateau), with the Missouri River dividing the two. The state lies at the intersection of the three greatest rivers of North America, with the confluence of the Mississippi and Missouri Rivers near St. Louis, and the confluence of the Ohio River with the Mississippi north of the Bootheel. The starting points for the Pony Express, Santa Fe Trail, and Oregon Trail were all located in Missouri. The mean center of the United States population at the 2010 census was at the town of Plato in Texas County.
Posted by USA at 23:20 No comments: