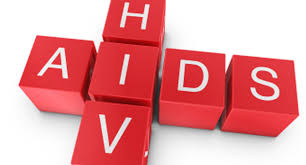 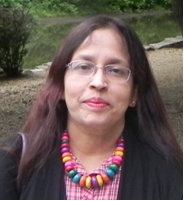 Ancient Texts of India relevant to Traditional Ecological Knowledge has published on The Journal of Ethnobiology and Traditional Medicine by Photon Foundation. Dr. Baisakhi Bandyopadhyay rocks the world of Ethnobiology, while International Media reports confirmed his recognition on World’s 500 Most Influential Ethnobiologists for Year 2015 on Earth.

Dr. Baisakhi Bandyopadhyay is awarded with Winston Churchill Research Award-2015 in Ethnobiology. In a high profile international competition flooded with thousand of participants from several countries, Ethnobiologists has once again proved it’s leadership in the area. Dr. Baisakhi Bandyopadhyay won the meritorious competition and established the international leadership in Ethnobiology. International Agency for Standards and Ratings expressed it’s views that Dr. Baisakhi Bandyopadhyay’s efforts will explore tremendous opportunities in this segment leading it to new height. It is surely a matter of pride for civilians of India to have such brain storming intellectuals for close interaction. India has once again confirmed a rich tradition to produce world renowned intellectuals to benefit international society. Outstanding performance and intellectual knowledge is key to success in international meritorious competition. Inspiring celebrity: name in subject attracting millions of followers to transform prosperous country. It is proven that talent can be refined by hard work and determination, despite busy schedule and struggle. It gives immense pleasure to explore the new dimensions of Dr. Baisakhi Bandyopadhyay. Photon Foundation acknowledges the contribution towards intellectual knowledge. IASR is organizing international competition for Academic Excellence Awards- 2015. Millions of Organizations and individual intellectuals are submitting their credentials and achievements to photonjournal@yahoo.com International Agency for Standards and Ratings (IASR) is highly indebted to affiliated organizations: Ministry of Culture, Government of India. Host Institution, The Asiatic Society Kolkata 700016, India for admiring the efforts and raising the confidence of intellectuals.

Dr. Baisakhi Bandyopadhyay is Senior Fellow at Ministry of Culture,Government of India. Dr. Baisakhi Bandyopadhyay, holds a PhD in Ecology & Environmental Science from the Department of Environmental Science, University of Kalyani, West Bengal, India and has been a Visiting Fellow in the National Centre for Biosystematics, Natural History Museum & Botanical Garden, Department of Botany, University of Oslo, Norway and the Department of Human Geography, University of Amsterdam, The Netherlands, where her project was “A Study of the Environmental Impact of Rural to Urban Migration of Workers”. She has many publications in National and international journals. From 1st July, 2002 she worked as a Program Officer and Coordinator, Information Networking Program of a World Bank assisted Environmental Information System Project (under Environmental Biotechnology) supported by Ministry of Environmental &Forest, Govt. of India. The job involved creation of a database of environment related information and literature and creation and maintenance of the web-site. From January 2005 to August 2006 she worked as a research associate in an INDIMA foundation(USA) sponsored research project entitled “Development of herbal formulations for human use”, in the Centre for Advanced Research in Pharmaceutical Sciences, Department of Pharmaceutical Technology, Jadavpur University ,Kolkata and worked as a Research Fellow of the Asiatic Society, Kolkata, India from January 2006 to December 2010 in the field of History of Science on the History of Biological Sciences & Environmental Sciences in India & South East Asia. She participated and chaired many International conferences including one at Budapest, Hungary in 23rd International Conference in History of science and Technology in July –August, 2009. She was engaged as a Principal Project Investigator and Research Associate in Indian National Science Academy, India in the field of History of Environmental Science up to 2014 and her research topic was Traditional Ecological Knowledge. From 2009 to 2015 she attended many International conferences and worked as a visiting scholar in different Universities of the USA. Currently she is engaged as a Senior Fellow in the Ministry of culture, Government of India.