Hafiz Saeed planning attacks against India: IB report. The IB report mentioned that two hotel lobbies in Delhi and some unspecified highway between Agra and Delhi are on their radar. The United Nations declared JuD a terrorist organisation and also individually designated Saeed as a terrorist in December 2008. Saeed also has a bounty of $10 million on his head. The attack began in the morning hours, with about half a dozen gunmen entering the school - and shooting at random. Students wearing their green school uniforms could be seen on Pakistani television, fleeing the area. Pakistani Taliban spokesman Mohammad Khurasani  warned civilians to detach themselves from all military institutions. The Pakistani Taliban is claiming the attack was justified because the Pakistani army had long been killing innocent children and families of their fighters. Walls riddled with bullet holes, an auditorium floor covered in blood and a burnt out office. Military spokesman Major General Asim Bajwa said the school principal was inside her office when the attackers made their way into the administration building. He said she locked herself into the bathroom but was killed after a grenade was thrown through a vent and into the room. Maj Gen Bajwa said the attackers made their way into the main auditorium and started shooting randomly at the students, who had gathered for an event. Army commandos fought the Taliban throughout the day until the school was cleared and all the attackers were reported to have been killed, eight hours after the siege had started. The Pakistani Taliban, which is fighting to topple the government and set up an Islamic state, immediately claimed responsibility for the attack.  "We selected the army's school for the attack because the government is targeting our families and females," said Taliban spokesman Muhammad Umar Khorasani. "We want them to feel the pain." 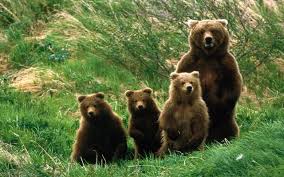 This is amazing. It was so terrified because No one didn't want to see the baby bear get hurt. Then momma bear came out and showed who's boss. Love it. That's how the mom in all of us is. Not only is this a beautiful story, but almost magical how the camera crew were able to capture it with such beautiful shots/angles. That is the importance of having parents. This is footage from the film "The Bear".

Aamir Khan's much-awaited 'PK' gets delayed release in UAE. A stranger's childlike curiosity and world-view challenges people's long-held notions, making friends of some and foes of others. Aamir Khan's upcoming movie release, PK has created a lot of curiosity. The film is one of the most awaited this year and the makers are being very secretive about Aamir's character. From the first look of it, Aamir Khan has managed to impress all with his quirky looks and Bhojpuri lingo. The film also stars Anushka Sharma, Sanjay Dutt and Sushant Singh Rajput. PK is all set to release on December 19, as Aamir considers the month lucky for his film's release.

18 December, 2014, Korea, USA NEWS CORP
Sony Pictures has cancelled release on 25 December of the film The Interview, after major cinema chains decided not to screen it.

Sony Pictures has made official, when hackers threatened to blow up movie theaters if The Interview was released next week. The studio has officially declined its release plans. Sony had poor choice here, after the major theater chains announced earlier today they would not display the film given the threatening circumstances.
The film is about a fictional plot to kill North Korean leader Kim Jong-un.
Hackers have already carried out a cyber attack on Sony and warned the public to stay away from cinemas screening the film.
The US government said it was considering a "range of options" on how to respond to the attack.
Sony Pictures has been the victim of an unprecedented criminal assault against our employees, our customers, and our business. Those who attacked us stole our intellectual property, private emails, and sensitive and proprietary material, and sought to destroy our spirit and our morale – all apparently to thwart the release of a movie they did not like. We are deeply saddened at this brazen effort to suppress the distribution of a movie, and in the process do damage to our company, our employees, and the American public. We stand by our filmmakers and their right to free expression and are extremely disappointed by this outcome.”
"We know that criminals and foreign countries regularly seek to gain access to government and private sector networks - both in the United States and elsewhere," a National Security Council statement said, adding that the FBI was leading the investigation.
"We take very seriously any attempt to threaten or limit artists' freedom of speech or of expression."
The statement came after US media quoted anonymous officials as saying that the FBI had linked North Korea to the attacks.