The World Mass Communication Award-2015 goes to Manju Kataria from India. This is an excellent global opportunity to recognize the meritorious efforts by individual and organization. The research findings were published on world’s prestigious The Journal of Journalism & Mass Communication. Cinema is the popular educational foundation of the country. Ramachandra Guha, the noted social historian of India states, “Feature films are the great popular passion of India, cutting across the social divides, the divides of caste, class, region, religion, gender and language.” (Guha, 2007) The present study entitled “A study of attitude of Youth towards Patriotic movies” was conducted with a view to ascertain the responses of boys and girls regarding the patriotic movies. The sample comprised of 150 respondents which consisted 75 boys and 75 girls purposively in the age group of 16-25 years. The main objective is to understand the belief that is prevalent among youth towards patriotism and patriotic movies. In this table patriotic movies promote in youngsters. Film, generally, has enormous impact on the societies. It gives new trends, ideas and traditions etc. Films not only make the opinion but also reshape the opinions. Girls like the movies than boys. In this paper youth loves Hindi patriotic movies. Hindi cinema conquers world class quality. Indian Hindi cinema has a lot of creative hands. From the data analysis, find an apparent picture of our young audiences’ attitudes towards contemporary Commercial cinema. A commercial film can be social or romantic or action film. People have no obligation for commercial films- just some changes in mentality is needed for this kind of cinema. They learn patriotic movies taught them country’s love, oneness for the country. They learnt about their country, opportunity, freedom, proud etc. Movies are the source of patriotic and patriot knowledge.

Aamir Khan's much-awaited 'PK' gets delayed release in UAE. A stranger's childlike curiosity and world-view challenges people's long-held notions, making friends of some and foes of others. Aamir Khan's upcoming movie release, PK has created a lot of curiosity. The film is one of the most awaited this year and the makers are being very secretive about Aamir's character. From the first look of it, Aamir Khan has managed to impress all with his quirky looks and Bhojpuri lingo. The film also stars Anushka Sharma, Sanjay Dutt and Sushant Singh Rajput. PK is all set to release on December 19, as Aamir considers the month lucky for his film's release... 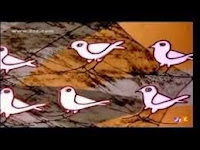 With the indelible "Ek Chidiya Anek Chidiya" song, this 7 min. animated classic directed by India's animation pioneer - Bhimsain is an iconic film in which evokes nostalgia as an entire generation of Indians have grown up watching the film on state run broadcaster - Doordarshan. This short film also has the distinction of being the most viewed and downloaded video in the history of Indian short films. 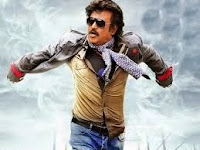 Lingaa movie is rocking, excellent, superb & marvelous. Super star has given double treat to  the fans on behalf of his birthday. This is one of the best Rajini sir  movie. This movie proves that there can be only one super star for this  universe. Fans wish Super star Rajini sir a very special happy &  successful birthday. They pray to god for his good health, happiness and  success. With lots of love and affection. Nearly 300 shows in Bangalore and a multiplex in chennai alone has 63 shows a day starting.from 10:55 am to 11:59 pm so you have a show to watch at any time of the day you wait the complex 5 or 10 mins around. This is the extent of madness and craze for super star Rajanikanth's Lingaa. He is the biggest star of India and nobody near him. it's Rajni Mania all around Chennai. The Euphoria is amazing!! and creates new bench mark for business and entertainment....

The entire nation is shocked as Bollywood news from India emerged about the humiliating incident occurred at India’s Raw Star finale. A muslim slapped new hot celebrity Gauahar Khanin a public show. Akil Malik from the audience started passing cheap comments on Gauahar’s outfit. He jumped on stage and tried to molest Gauahar Khan. when Gauahar Khanopposed this, he slapped her and linked it to short outfit Gauahar Khan wore. Gauahar Khan is former Bigg Boss contestant. She is hosting the singing show since it’s start, and incident happened on grand finale. The man is arrested. There is mixed reaction from audience o this sham full event. Some are relating it to publicity stunt, TRP, and others towards molesting, shame etc. Jaffrey Iqbal, one of the finalists on the show had to intervene in this act. Jeffery Iqbal decided to teach the man in the question a lesson and started beating the man who first eve-teased Gauahar and then showed the audacity to slap her. Yet Gauahar has not reached police station to give her statement. Gauahar Khan is a stylish celebrity and she usually wears such outfits, there was nothing uncommon, people should respect her privacy and the way she is. World's leading The Journal of Journalism & Mass Communicationexpressed serious concerns over the issue happened in India and cautioned to step up proper security in such shows. Including Comedy Nights with Kapil there are numerous reality shows in India where such kind of incidents can happen, if a security cover is not provided to celebrities. 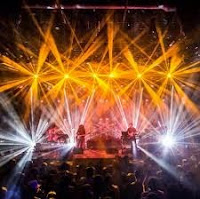 National Geographic has worked hard to compete with Discovery. Discovery could sustain its popularity but it could not pause large public, getting attracted towards National Geographic. It was not a tactic. It was amazing presentation and excellent stuff. The efforts leaded towards worldwide fame and ample challenge to monopoly of  Discovery. Meanwhile other exciting channels also floated there, but they were not in a hurry to compete this race, instead of this others chose to serve 'something different'.  World's prestigious journal 'The Journal of Journalism & Mass Communication' expressed that still there is huge scope for new emerging channels. The public has vast need and interest and yet it is to be explored.   National Geographic,  Discovery, AXN and others have done nice efforts in this direction. They have tried to identify the taste what public wants. Not only.... 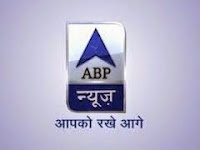 ABP News has been metamorphosed from Star News. It is doing hard efforts to maintain its image. TRP, revenue, contents, and credibility are major issues to tackle. Viewers are observing the change in image. The new logo has amazed viewers. Since there is absence of Star News logo, people really miss it. Management has done excellent efforts so far, it is tough time for this media house to fight with situation. It is facing strong competition from several News Channels.

But USA NEWS CORP forecasts the long term effect on the scenario of Indian News Channels. Year 2015 is not going to be same as it is now. Be ready for changes. The number 1 position deserves for quality. One who serves this, will lead to Rank 1. There are natural reasons why any news channel is stick to its concerned rank. USA NEWS CORP extends best wishes for new developments and betterment of content.

zeenews.india.com/ failed to perform its internet services on 30 November, 2014 at 2.27 AM. The problem also floated on it's sub links too. It could not be accessed. Several of its news could not function on internet site and metamorphosed in errors.
http://zeenews.india.com/videos/finance-minister-presents-his-maiden-budget-in-parliament_31856.html