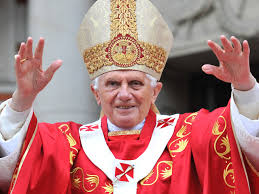 The deal surprises between the United States and Cuba to reopen embassies and restore diplomatic relations after 53 years in the deep freeze involved no clandestine meetings in either country or participation of an aging Fidel Castro.  Instead, an unlikely outsider; Pope Francis played a key role in closing out pause of the Cold War.  Pope Francis stepped in to preserve the complex negotiations at crucial moments. Today we are all happy because we have seen how two peoples, who were far apart for many years, yesterday took a step to get closer,” Francis, the first Latin American pontiff, declared at the Vatican. Francis is a genius at building bridges. President Obama initiated normalizing relations. Ending Cuba's isolation has been a goal far longer for the pope, who views the suffering for the Cuban people.  The pope worked behind the scenes after Obama sought his help during a visit to the Vatican. They talked with one translator each, at Francis' desk in the vast papal library, inside the Apostolic Palace.  It was their first discussion, and Cuba “got as much attention as anything else.  Earlier, the pope wrote letters to Obama and Cuban President Raul Castro urging them to “resolve humanitarian questions of common interest,” the Vatican said, particularly the release of Alan Gross, an American jailed in Cuba, and three Cubans imprisoned in Florida.  A day or two later the Guardian reported on the previously unknown, and tragically futile, quest to save Peter Kassig, the US hostage eventually beheaded by Isis. In that case too there were secret talks and US-authorised back channels, but where those methods brought success in Cuba, they resulted only in frustration and heartbreak for the family of Kassig.