Princess Diana, the Celebrity who trilled the world with her hair style


Princess Diana, the Celebrity who trilled the world with her hair style 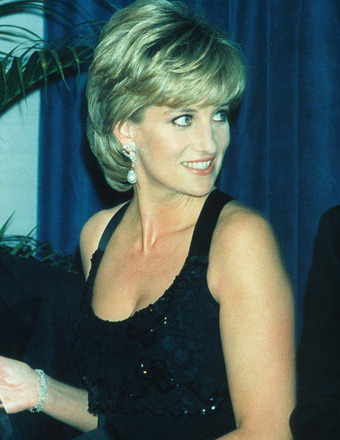 Today, its neither her birthday nor anything else but today we are emphasizing her existence on earth. After her death in a 1997 car crash, there is an emptiness in international media. However, it was the media, which is directly blamed for her sad death. She was on the headlines in media during her lifetime. She was an international figure. Now, as she is no more with us, news headlines are empty without her. She, the international celebrity had a thrilling space in everybody's heart for her goodness. People always were interested to know what's she doing, where she is, and everything about her, this is not the end, she was the headlines in media at the time of her accident, death and funeral with live telecast. She was a busy lady and engaged herself in charity and environment protection work. She hugely interacted with public and had special appearance among them. She had stylish hair cut with color. She was an icon in Fashion Industry. She did not tune herself with fashion, but she leaded the fashion to new heights. At the age of 36 the loved friend left this world, millions of the people around the world were sad due to her absence. If we compare her boom with Michael Jackson, the International Pop King, she is placed very sound. Diana was not a singer or dancer like Michael Jackson, but still she was superstar celebrity. Recently Arvind Kejriwal from AAP also gathered huge media attention in India, but he could not develop as international figure. However, he is also a celebrity outside India, but confined to Indian community only. The same is with PM Modi. Modi has also attracted media towards him, but it's not so easy to be hot celebrity for continuously long time. Modi is also a loving figure in Indian community, residing in foreign countries. Modi is now a symbol of hope in India, because of him people believe that yes, we can grow, progress and lead, the feeling is same like driven by Barack Obama. Arvind Kejriwal from AAP has lost his credibility now a days, the same happened with Michael Jackson too. Princess Diana's popularity is still far ahead, million times . It is not shaken even by  Nobel Peace Prize winner in 2014 Malala Yousafzai. Malala Yousafzai is also a symbol of hope around the world that yes, we can do it!

At last we still float our question, who will succeed Princess Diana. The world still miss her a lot!
The prestigious Photon Journal The Journal of Journalism & Mass Communication stated that she broke the protocol of royal family and were affectionate to the public. Millions of people around the world had never met her in person, but still they love her, till they are. Princess Diana is still Media Magnet, Media Icon according to The Journal of Journalism & Mass Communication.
Very few people could manage their publicity as celebrity even after death e.g. Acharya Rajneesh OSHO.