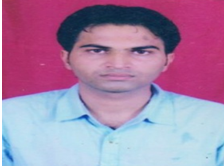 Dr. M.P. Singh is presently working as Head of Mechanical Engineering at Jagannath University, Jaipur. He did his B.E (Mechanical Engineering) from Govt. Engineering College Kota. He obtained his M. Tech (Manufacturing System Engineering) Degree from M.N.I.T, Jaipur and Ph.D. Degree from Jagannath University Jaipur. He joined JECRC, Jaipur as a lecturer and became assistance professor in 2006. During his teaching career of about fifteen years, he guided eighteen M.Tech students and published 22 research papers in International journals. He has written chapters in two books .

Mr. B.S. Gurjar is presently working as Research Scholar in Department of Mechanical Engineering Jagannath University, Jaipur, 303901, India. He did his B. tech (Automobile engineering) from Arya college of engineering and information technology in 2013.now he is pursuing his M.tech (thermal engineering) from jagannath university jaipur, India. The area of interest is internal combustion engine, emissions control, advanced cooling system for IC engine etc.