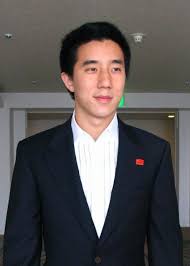 The son of Hollywood’s actors Jackie Chan has been charged with drug offence and if convicted, singer Jaycee Chan could face up to three years in prison. Chinese prosecutors in Beijing charged Jaycee Chan, for sheltering others to use drugs, more than 4 months after he was detained. In August, the police detained Jaycee at his apartment with Taiwanese movie star Ko Kai along with 100 grams (3.5 ounces) of Marijuana. Police informed that both Jaycee and Ko were tested positive for Marijuana and admitted using the drug. Jaycee Chan’s this act was embarrassing particularly for his more famous father, Jackie Chan. Jackie Chan came forward and apologized over his son’s arrest, saying that he is “heartbroken” and “ashamed”. “Regarding this issue with my son Jaycee, I feel very angry and very shocked,” Jackie Chan said on his microblog. “As a public figure, I’m very ashamed. As a father, I’m heartbroken,” told Jackie Chan.
Posted by USA at 22:44